After graduating high school, I applied for MJHEP hoping to study outside of Malaysia. After being accepted, I went through a 3-year program to learn the basics of Japanese and engineering. My schedule everyday was packed, and a lot of my friends thought it was harsh, but by supporting each other, we were able to go through such hardship. There were many things that I struggled, but also many things I enjoyed in this program. For example, there was a camp hosted by MJHEP; I made a lot of memories with friends in this camp as I strengthened the bond between my friends. After three years of intense studying, it was time to say goodbye to my friends. It was very unfortunate that we had to part with our friends, but at the same time, I was excited for being able to study in Japan.

The beginning of life in Japan was full of struggles due to language and cultural barriers, but my seniors helped me out which was a big help. They supported me to apply for my apartment and procedures to do with registration in the city office. Furthermore, lectures in Japanese was hard, despite learning Japanese in Malaysia. There were many occasions in which I was alone in attending lectures, but my seniors were there for consultation, and gave me advice in surviving the lectures. In the vacations, I was able to reunite with my friends and create enjoyable memories, especially from watching cherry blossoms and red leaves of autumn. I made friends not only with Malaysians, but also with people from around the world as well as Japanese friends. It was very interesting to be close to such people despite cultural and language differences. This was an opportunity for me to be able to look at things from different perspectives and become more open-minded. Through MJHEP, I was able to experience a lot of things that I might not have experienced elsewhere. I am glad and thankful for attending MJHEP. 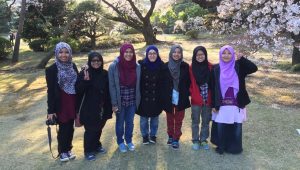 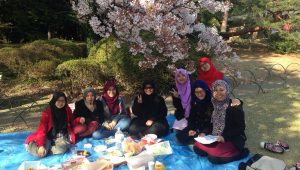 What I learnt through MJHEP
MJHEP 1st Batch of Nagaoka Institute of Technology,
School of Engineering: Mr. MUHAMMAD FAHMI

“Through the MJHEP program, I was able to study in Japan. The university I enrolled in Japan was Nagaoka Institute of Technology. In the institution, my major was Mechanical Engineering. I learned a lot in Japan, and can be summarized into 2 things overall. One is due to my Japanese skill, I was able to make friends from Japan, and understand radio and movies in Japanese. Another thing I learned was the culture of Japan. For example, the fact that people are strict on time, research, and protection of other people. Right now, I have graduated Nagaoka Institute of Technology, and am working in Malaysia. My company is a Japanese firm. MJHEP provides many positive points, so if you want to study in Japan, I recommend everyone to do so through MJHEP”.